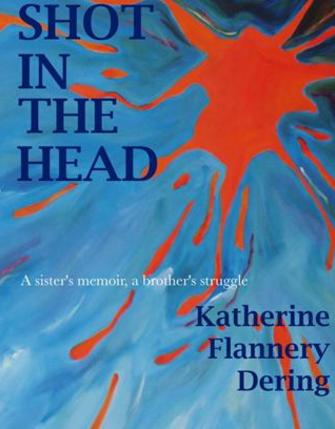 Paul Flannery was a brother, son, grandson, uncle, friend, and had a great potential that was cut short due to the severity of his illness, schizophrenia.  When Paul became extremely psychotic in May of 1976, at the age of 16, the seriousness of his symptoms, not whether he was a danger to himself or others, determined the need for hospitalization, just like any other illness.

It was that simple.

You see, the Dangerousness Standard had not been invented yet. Today, a person who lacks insight (Anosognosia) and does not understand they are sick, is unable to get into treatment until they become a danger to themselves or other people.  For someone in the throes of a psychotic episode, that is like waiting for a heart attack patient to go into full cardiac arrest before initiating treatment, even though 911 was called as soon as the person started having chest pains.

Delayed treatment equals lower chances of recovery from any illness.

When a person who suffers a "brain attack" does get into treatment  right away as Paul did, most recover to a significant degree, but not all.  Paul was one of the minority who did not respond to any treatment and spent many years in the state psychiatric hospital.  When Paul was released, he was still persistently delusional, lacked insight into his illness, and was cognitively disabled.  Yet, he was transitioned into increasingly "less restrictive" living arrangements, as was everyone else.

That didn't work out so well.

These transitions were determined with complete disregard to whether or not Paul was able to handle or benefit from living at the next, "least restrictive environment", and with no coordination with Paul's family.  Paul was an adult, so his family had no say in the matter. Paul went along with whatever his caseworkers planned for him.  Because of this, Paul had several relapses, re-hospitalizations, incidence of violence, and was preyed upon by drug dealers.

This is what happens when the Olmstead Decision and HIPAA are misinterpreted and when cognitive disability and Anosognosia are not taken into account during transition planning.

Luckily,  even though Paul had numerous interactions with the police, he was always taken to the hospital and never arrested.  Today, someone as sick and disabled as Paul was from his mental illness is more prone to arrest and incarceration, which is a sad testament to the state of treatment for people with a serious medical illness of the brain like schizophrenia.

Read the book to learn the whole story